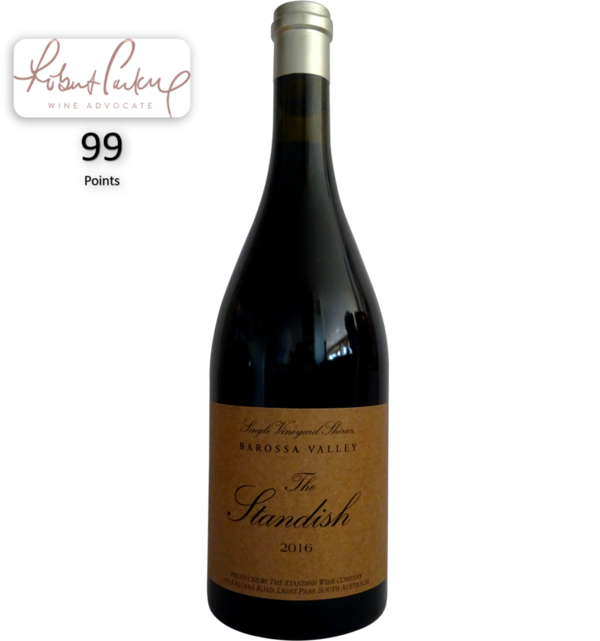 Dan's 2016 The Standish Shiraz comes from a vineyard in the Greenock subregion. It's inky in color, loaded with plum, blueberry and raspberry fruit. Full-bodied, creamy-textured and rich, it's intense, concentrated and long beyond belief, picking up hints of licorice along the way. Nearly embryonic, it will need at least a couple of years to show more than the primary fruit.

I consider Dan Standish the reigning king of Barossa Shiraz. On a conference-room table at Peter Lehmann, surrounded by other top-quality wines, his 2016s completely bowled me over for their intensity, complexity and harmony. And, according to Standish, 2016 was an easy vintage. One-and-a-half inches of rain in January slowed down the ripening until harvest could take place under slightly cooler conditions. "We had tiny berries, we had to do nothing in the vineyards," he said. Sourced from single old-vine plantings in the subregions of Ebenezer, Marananga, Greenock and Hutton Vale, this is a prodigious collection of wines, meticulously produced in tiny quantities from old vines and low yields.